It’s hard to believe that any other small island in the world has experienced more historical significance than Amelia Island. For centuries Amelia Island was the most fought over island in history. From the settlement of Timucuan Indians around the year 1000 until today, it is said there have been eight different flags flying on the island from governments around the world. Even a pirate controlled the island at one point. This island makes a great Florida road trip or vacation adventure.

The beauty and security of the area is why the privateer, Louis-Michel Aury took control for a period of time. Supposedly Aury was working for the Mexican government but was actually a pirate who ruled Amelia island for a period in the early 1800s until turning it over to Americans in 1817.

The newly formed country of the United States was interested in controlling all of Florida, but the Spanish laid claim to the land

The “Election” of a Pirate, Amelia Island

between the Atlantic Ocean westward to near New Orleans. At that time, the land all the way to New Orleans was part of Spanish controlled Florida.

Later, after some bargaining, arm-twisting, and a few million dollars, the United States took control of Amelia Island. With the exception of a brief period when confederate troops seized Fort Clinch during the Civil War, the island has remained the property of the United States. The fort, named Clinch in 1847, was previously the site the Spanish held to fortify the area. Of course, the Spanish got control from the French who routed the Timucuans from the area!

Throughout all of the fighting for control of Amelia Island, this little strip of land about 13 miles long was key to controlling the St. John’s River basin from this northern fortification. The river basin ran far into the heart of Florida.

Amelia Island has beautiful beaches, natural fresh water, and access to food from both freshwater rivers to the bounty in the Atlantic Ocean. Food sources, natural protection, and control over the river basin made this island valuable. This led to a much-fought-over island.

Today, the natural beauty brings a continuing stream of Florida road trip travelers, plus visitors from Georgia and Alabama. The hotels and attractions stay busy year-round. Floridians from southern Florida come for relief from heat and humidity, Georgia sees Amelia Island as a playground in winter months and folks from further west love the beaches along the Atlantic. The lush foliage a few hundred yards off the beach offer a quick transition from the sand and sun to the cool breezy shade in the shadows of resorts hugging the Atlantic Ocean.

While there are a couple of towns on the Island, Fernandina Beach is where the shops, restaurants, quirky stores, marine activities, and even the oldest bar in Florida reside.

The Palace Saloon claims to be the oldest continually operating bar in the state, but we may suggest that the Green Parrot in Key West and a couple others may dispute that! While not included as a best, The Palace Saloon is ornate and many of the old decorations, gas lights and woodwork are displayed. It may be worth a Florida road trip to Fernandina Beach, just to say you were in the oldest bar in Florida.

The bar and restaurant scene is fun in Fernandina Beach with an almost equal number of visitors from Florida and Georgia, which is just a stone’s throw across the bay. A friendly discussion seems to arise between patrons about the Gators and Bulldogs college football prospects, plus everything 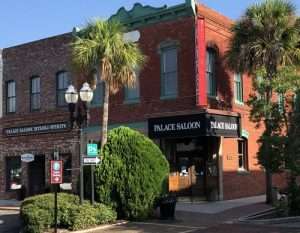 from the best-boiled peanuts to the best of “anything” between the states. Friendly people having friendly discussions is refreshing in a world of conflicts today.

Places like Peppers Cocina Mexican Grill and Tequilla Bar are worth the visit. You won’t find many more tequila brands anywhere! The food is above average, and you can sit inside or out.

The Salty Pelican on the river side of the island offers typical bar food, but the tacos are exceptional (even though we like Peppers for other Mexican delights!).

After touring the island you can see why Amelia Island was the most fought over island in history. It is also a great Florida road trip.

Fernandina Beach is about 30 minutes north of Jacksonville, four hours from Tampa, three hours from Orlando and six hours from Miami straight north on I-95. Since getting there is half the fun, check out the Mayport Ferry service on your way to Amelia Island on a Florida road trip from south of the island.

Check Out These Other Island Florida Road Trips –

CAYO COSTA – AN ISLAND ONCE FORGOTTEN

ST. GEORGE ISLAND BEACH – ONE OF FLORIDA’S MOST SCENIC BEACHES

MARCO ISLAND – BEAUTY IN THE GULF 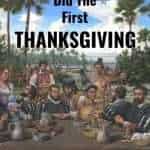 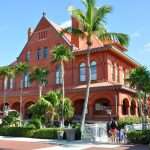 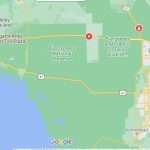 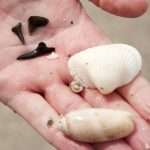 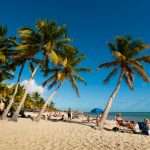 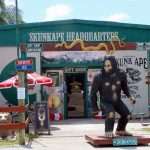