The Grand Dame of Key West Hotels The Curry Mansion

She is not as large as the newly named Opal Key Resort, doesn’t have the ocean view as Casa Marina, isn’t as popular as The Pier House and certainly not as expensive as the Ocean Key House. But the grand dame of hotels in Key West has to be The Curry Mansion. Built with the fortune of William J. Curry who came to the island in 1837 at the age of 16.

Today the Curry Mansion is representative of everything Key West stands for. This is a city of opportunity, a city of change, a city welcoming a diverse population and a city of history. I doubt there is another 4 square mile area in the country that has been fought over by more nations, invaded by more pirates and privateers, a city literally built on the misfortunes of others and a city with more nautical importance surrounded by an ocean on one side and a massive gulf on the other.

In midst of all the historical significance, William Curry built his mansion on Caroline Street in 1869. Curry’s business interests were diverse including salvaging wrecked ships, ship building and an avid stock market investor. The mansion was representative of life for a wealthy businessman of the period.

The Curry Mansion today is part hotel, part museum and the staff’s hospitality matches the city atmosphere surrounding this grand dame. While the Curry considers themselves a quaint bed and breakfast, their location is centrally located in the heart of Key West’s entertainment district. The Curry has 20 or so rooms on the east side of Caroline Street and another 6 in the James House across the street. The James House is another period building remodeled for travelers. Guests are treated to breakfast and omelets in the morning and every evening a happy hour includes free libations and an entertainer.

Inside the main mansion, you will find one room set up as a dining room ready for a dinner party in the early 1900s. The furniture, place settings, decorations and trappings are just as they would have been for the Curry family. This room along with others are open for tours.

One of the most interesting features of the Curry Mansion is a stairway leading up to a “widow’s walk”. It was common in the 19th century for a platform to be built high on the top of a home so wives could look for their husband’s return from the sea. William Curry was involved in the salvaging business that collected goods from wrecked ships that ended up on the shallow reefs around Key West.

Key West is loaded with big hotels, quaint bed and breakfasts, rooming houses and VRBOs. None have the combination of location, history, hospitality and reasonable rates. Give it a try and you may make some new friends too! 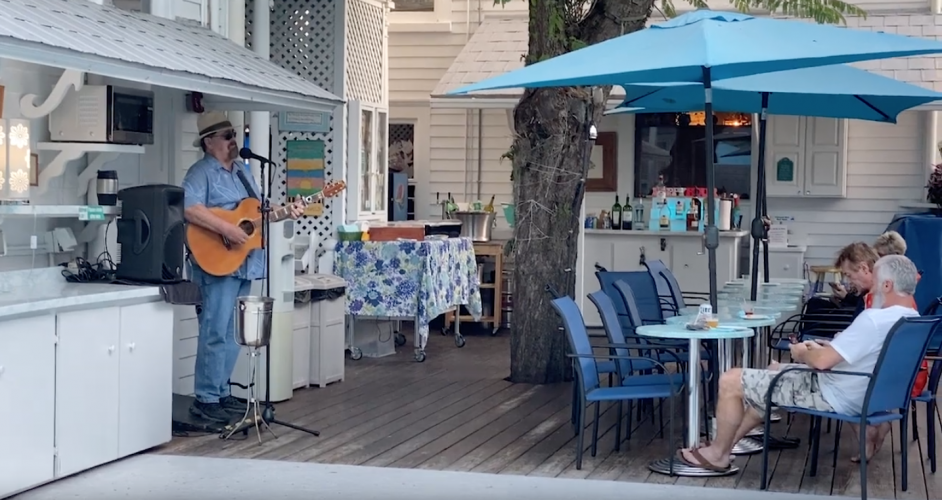